Arsenal look set to be frustrated in their pursuit of Raheem Sterling this summer with Manchester City reportedly set to discuss a new contract for the winger.

The Gunners have been rumoured to be considering a swoop for the England man in the past, with Pep Guardiola apparently willing to sell ahead of a squad refresh.However, that appears to not be the case now as the reigning Premier League champions are intending on extending the 26-year-old’s stay.

According to The Telegraph, City are set to open talks following the conclusion of Euro 2020 and intend to discuss a new ‘long-term’ deal with the winger.

News of a new contract though will silence any fleeting hopes that Arsenal held of signing the England winger.In his time with City, the former Liverpool man has scored 114 goals in 292 appearances in all competitions.He was also on hand to give England the lead in their opening Euro 2020 group game against Croatia at Wembley Stadium on Sunday.

The Gunners have also been linked with Sterling’s club teammate Riyad Mahrez, with the Algerian another thought to be disposable in the eyes of Guardiola.The former Leicester man has debunked talk of a potential move away previously.Talking to DZ Foot earlier this month, he said: “There is nothing about my future. I am well in Manchester. I will stay God willing.” 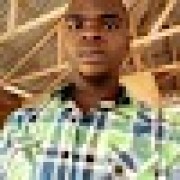 Manuel Locatelli cries out he wants to join Arsenal